Kathleen's ReaderRank
Kathleen has reviewed 674 books with an average rating of 3.879 out of 5.
50 people have found Kathleen's written reviews to be helpful on Goodreads.
See more...

Top 10% based on reading volume

After arriving at Port Orleans Rverside around 9am, Mike and I headed to Downtown Disney to await a text message saying our room was ready. After a leisurely stroll and some fun shopping, we headed back to the resort to check in our room around 1:30pm.

At 4pm we decided it was time to head to Epcot. First I have to say – WOW are there a lot of people here. If you don’t like crowds, don’t bother to come for the food and wine festival.
Our first food stop was Hawaii for Kalua Pork Sliders with Sweet and Sour Dole Pineapple Cutney and Spicy Mayonaise. This was a tasty little morsel that proved that Mike CAN eat mayo and not have it kill him. We shared a Kona Brewing Company’s Big Wave Golden Ale, which I enjoyed a lot but Mike said was “okay”. 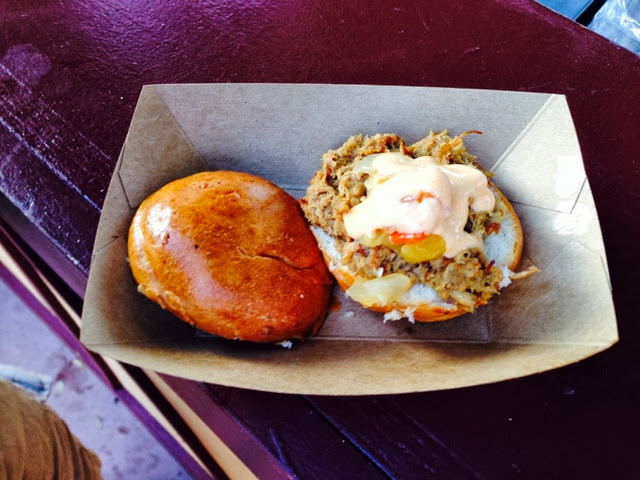 Next we tried Dole Pineapple Fritter, which were so good I forgot to get a picture of them.
Our first “must try” spot was Canada for some Canadian Cheddar Cheese Soup. I wanted to get a vat of this delicious soup. With the soup I tried some La Face Neige Apple Ice Wine. This was a very strong and delicious wine reminiscent of hard apple cider.
Since the foods we tried were just little bites, I was feeling hungry and knew what I was going to have when I saw “Fish n Chips” in England. This was the second best fish n chips I ever had. (The best was Sullivan’s Gaslight Inn in Franklin, NJ.) I even tried it with malt vinegar. YUM!!!
We continued through the countries and shops and, in America decided FUNNEL CAKE!  Even better…pumpkin spice funnel cake. 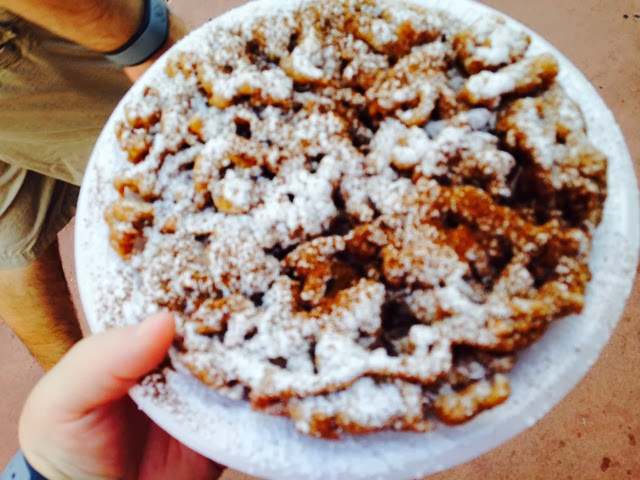 It was the best funnel cake I ever ate.  This is what did us in. After our funnel cakes, we were full. No mas food in ze belly por favor.
We road the Three Caballeros boat ride and hobbled back to the resort with our eating plan ready for tomorrow. Watch out Poland…you have some Keilbasa & Potato Pierogis with MY NAME on them.

My husband, Mike, and I moved from NJ to Southwest Florida in September 2006. I currently work for the local county Facilities Dept. and fill my free time with crafts, reading and my experiments in the kitchen. View all posts by Kathy Harriott